Most existing online processing and analytics systems for climate studies only support fixed user interface with predefined functions. These systems are often not scalable to handle massive climate data that could easily accumulate terabytes daily. To address the major limitations of existing online systems for climate studies, we develop a scalable online visual analytic system, known as SOVAS, to balance both usability and flexibility. SOVAS, enabled by a set of key techniques, supports large-scale climate data analytics and knowledge discovery in a scalable and sharable environment. 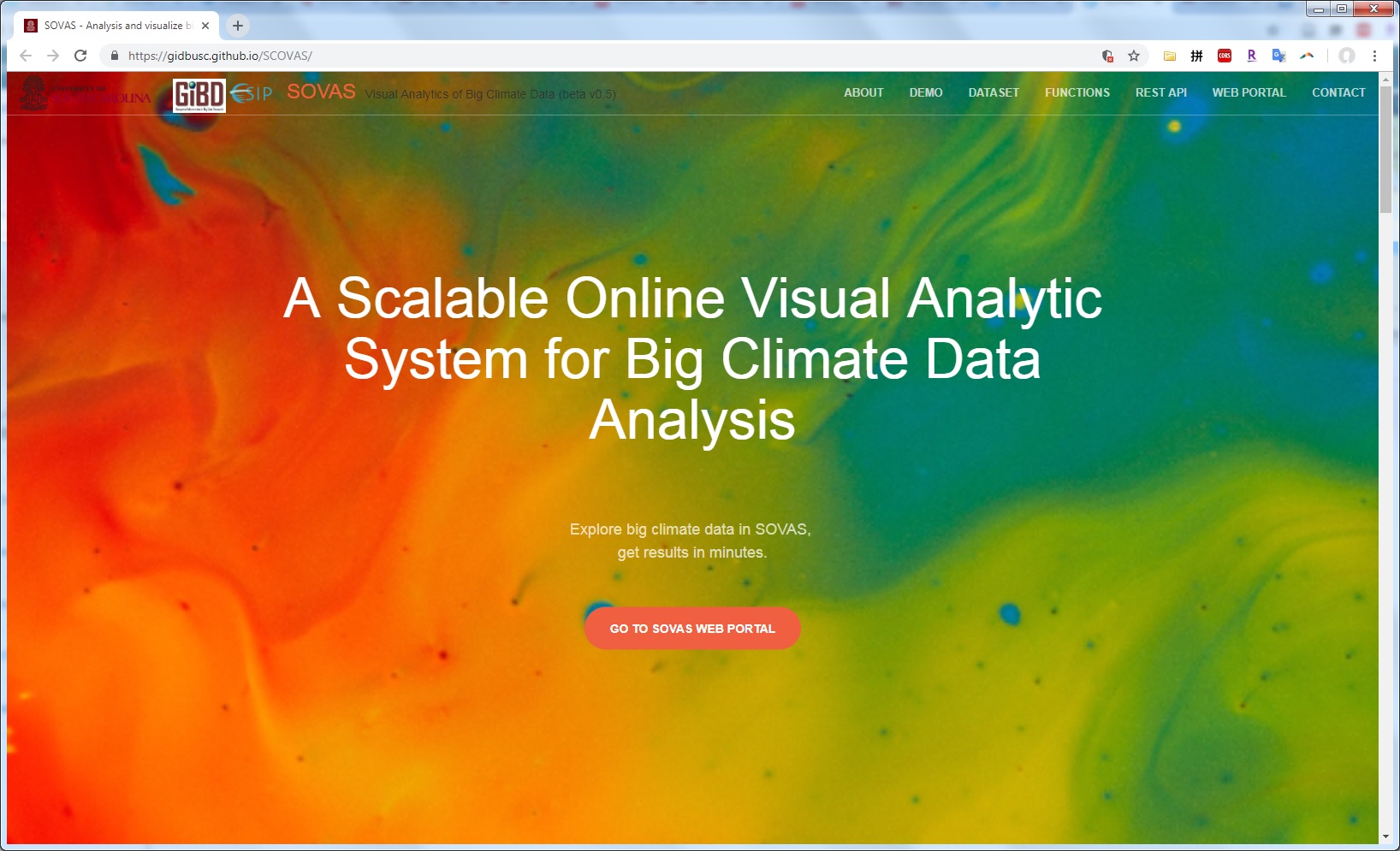 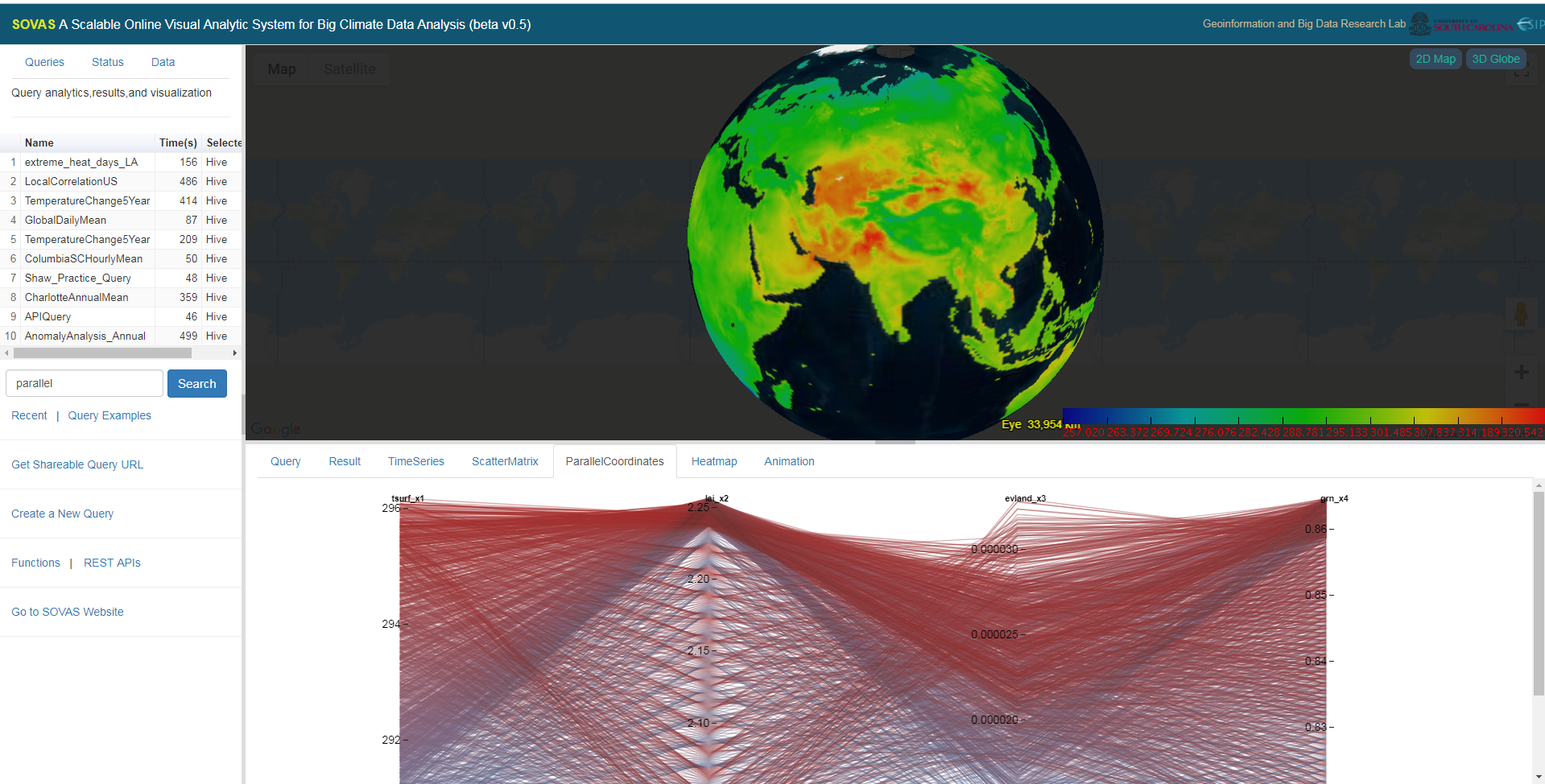 This tool is used to support exploratory analysis of billions of tweets in near real-time.  Currently, the public version of the tool is limited to query a time period of less than a month and returns up to 5,000 tweets.

This tool shows a new 100m population grid in CONUS, disaggregated from ACS 5-year estimates (2013-2017) using 125 million building footprints released by Microsoft. Land use dataset from OSM, a crowdsourced platform, was applied to trim raw footprints that are not likely residential. Layers derived from trimmed footprint statistics were designed and considered as weighting scenarios for dasymatric method, which was further applied to disaggregate ACS census tract estimates into 100m population grid.

Two convolutional neural networks (CNNs), the Inception-V3 CNN and word embedded CNN, are applied to extract visual and textual features, respectively, from social media posts. This implementation is based on Python coding environment. A high-level neural network API, Keras (https://keras.io/), is used to enable fast experimentation. The code requires python 3.6 compiler and the installation of Keras with TensorFlow backend. The authors recommend the usage of GPU-supported TensorFlow to reduce the training time. 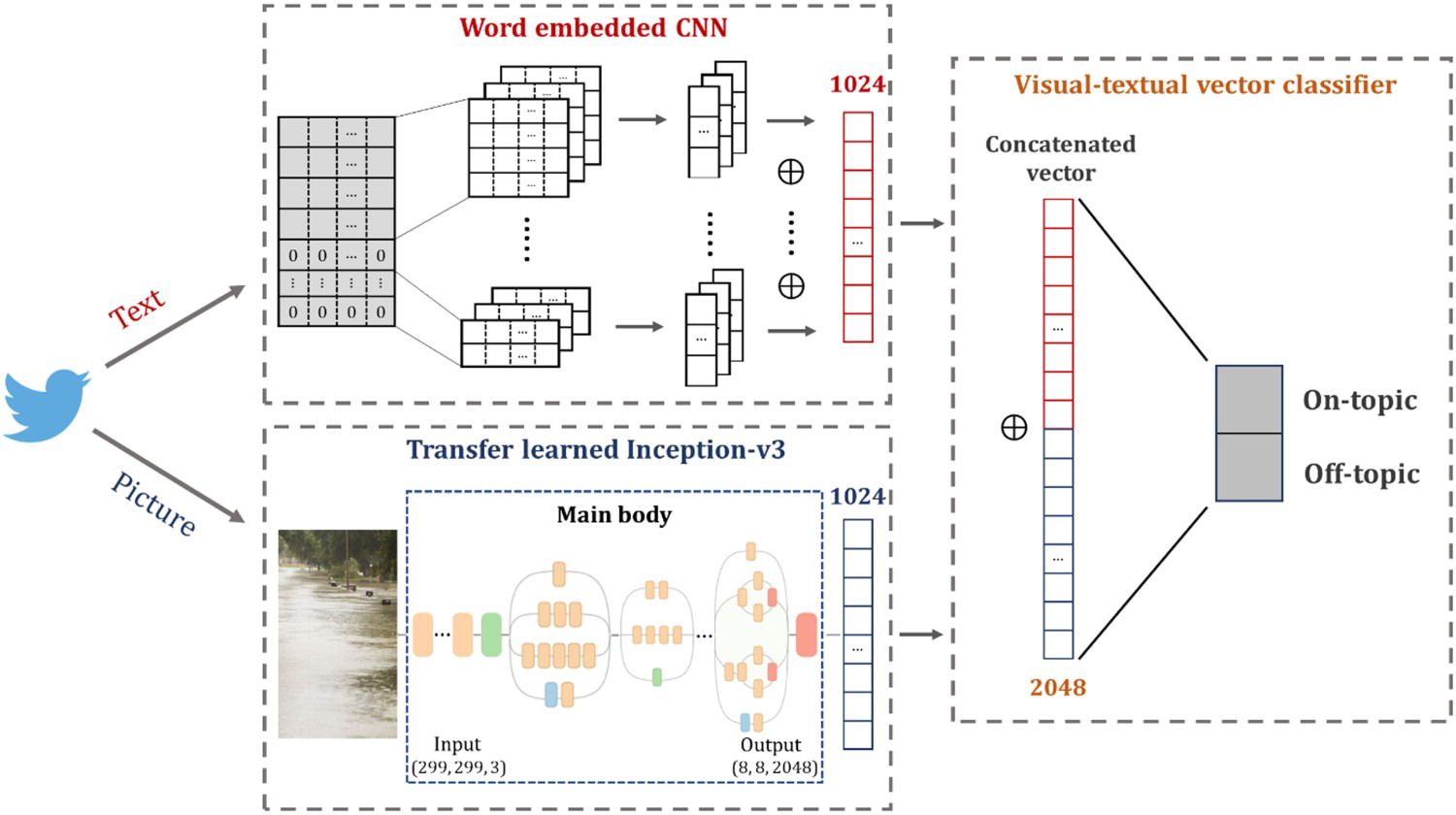 The study of population stocks and human movements has historically been severely limited by the absence of reliable data or the temporal sparsity of the available data. Using geospatial digital trace data, the study of population movements can be much more precisely and dynamically measured. Our research seeks to develop a near real-time Twitter census that gives a more temporally granular picture of local and non-local population at the county level. 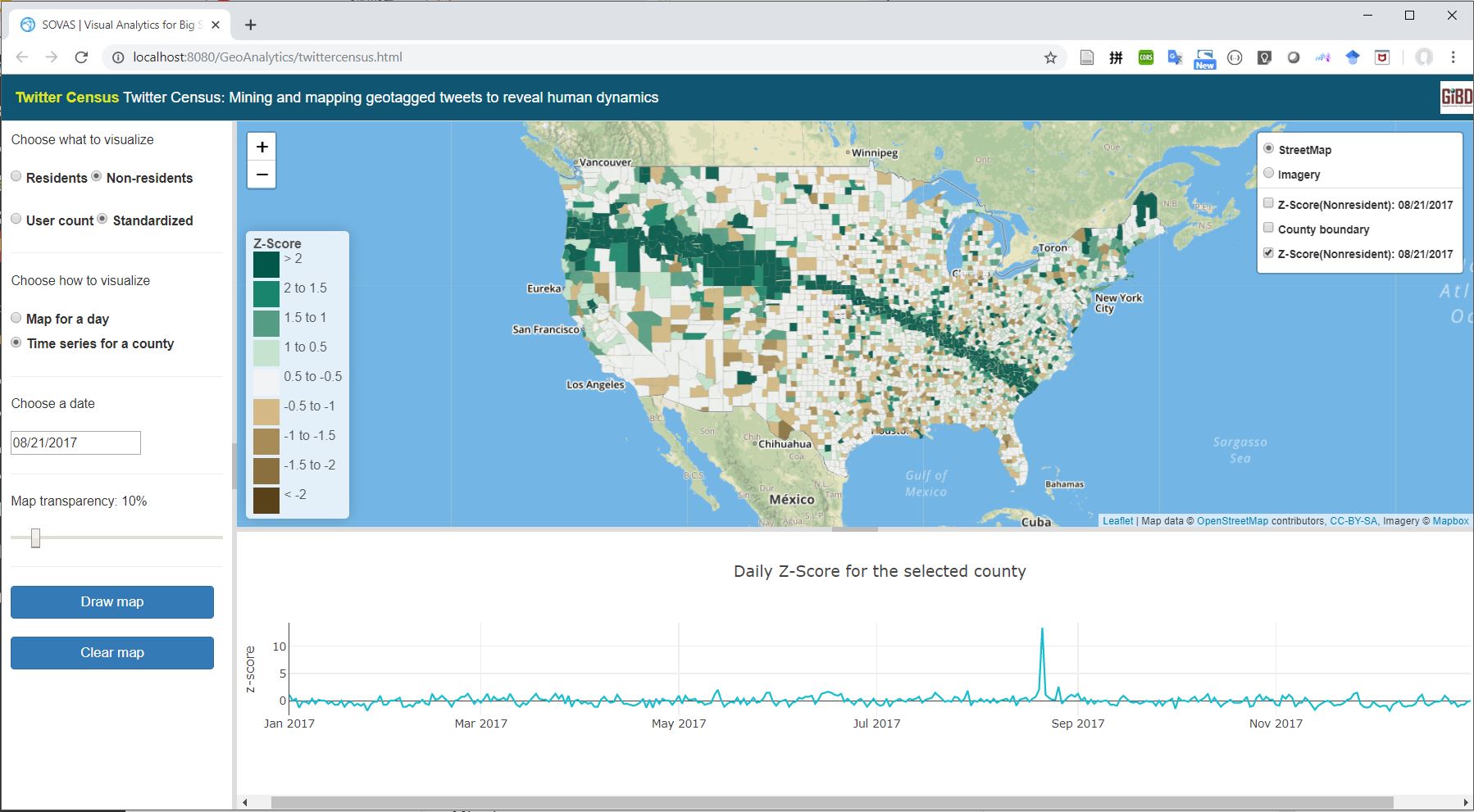